Masonry of walls and partitions from aerated concrete in Kherson. Profi Stroy 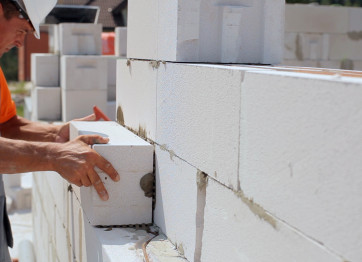 One of the most popular materials in Kherson and the Kherson region for building houses is aerated concrete. And not casual, because this material has a lot of undeniable advantages. In this article I will try to tell you briefly about these advantages and disadvantages of aerated concrete, as well as share some calculations and costs of laying a gas block in Kherson. We can also order masonry walls from ceramoblock

Why you should choose aerated concrete for building a house

The main argument in favor of aerated concrete is of course its ability to retain heat or cool indoors. In our climate zone, when building a house from a gas block, the owners often do without additional insulation of the facades.

The advantages include the laying speed of this material. Since the blocks are quite large, walls and partitions are built much faster than for example brick.

As for the shortcomings - there are not many of them: