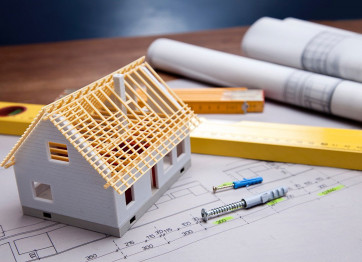 The owner of real estate by law is not only the one who initiated the construction of the house, but also received a building permit. Permits are issued by local government bodies.

But not all real estate owners are well acquainted with the legislation of Ukraine. Some do not even think about the fact that even an extension requires permission. In the future, the owner has no right to sell a reconstructed or built from scratch building until it is legalized.

Lawyers of the firm "Profi Stroy" help to legalize the squatter in Odessa. Owners of houses with an area of ​​not more than 300 square meters fall under the "construction amnesty". m, equipped before 2015. Also, the "beneficiaries" include the owners of agricultural real estate, built before the end of February 2011.

What is referred to as unauthorized construction

Before dealing with the question of how to legitimize squatter at home, it is important to determine what belongs to squatter. The following structures are considered illegal:

Ground problems can arise for the following reasons:

Benefits of a construction amnesty

Taking advantage of the construction amnesty in Odessa, you can return illegal real estate and restore your property rights, and most importantly, you can do without paying a fine.

For this, it is important to enlist the support of an experienced specialist from the "Profi Stroy" company.

The expert will provide the local authorities with a package of necessary documents for the quick registration of a permit, according to a simplified procedure:

The cost of unauthorized construction

How much it costs to legalize a squatter building depends on a number of factors:

The price of the service to legitimize the squatter is moderate today. However, every year the services of the construction company are becoming more expensive, and it is not known how long the law will be in force. Therefore, if the house is unregistered, it is best to do it as soon as possible.

If the law is repealed, there will be large costs. After all, then there is only one way to restore your rights to own property - to apply to the court. The pleasure is not cheap.

As practice shows, the court is not always supportive of violators of the law. Therefore, it is impossible to predict how the judicial pleadings will end.

What will happen if you do not legalize squatter

In addition to the fact that you will not be able to dispose of the house, they may try to take it away. There are enough scammers, and the neighbors are not always generous. If the controlling services learn about an illegally constructed object, the following outcome is possible:

You can order the help of a specialist by contacting the manager by phone indicated on the website. He will make an appointment with an expert.

Also, if the client is just planning to build a house in Odessa, highly qualified employees will help to obtain permits. If you want to save money on the construction site, use ready-made house projects. They are inexpensive.